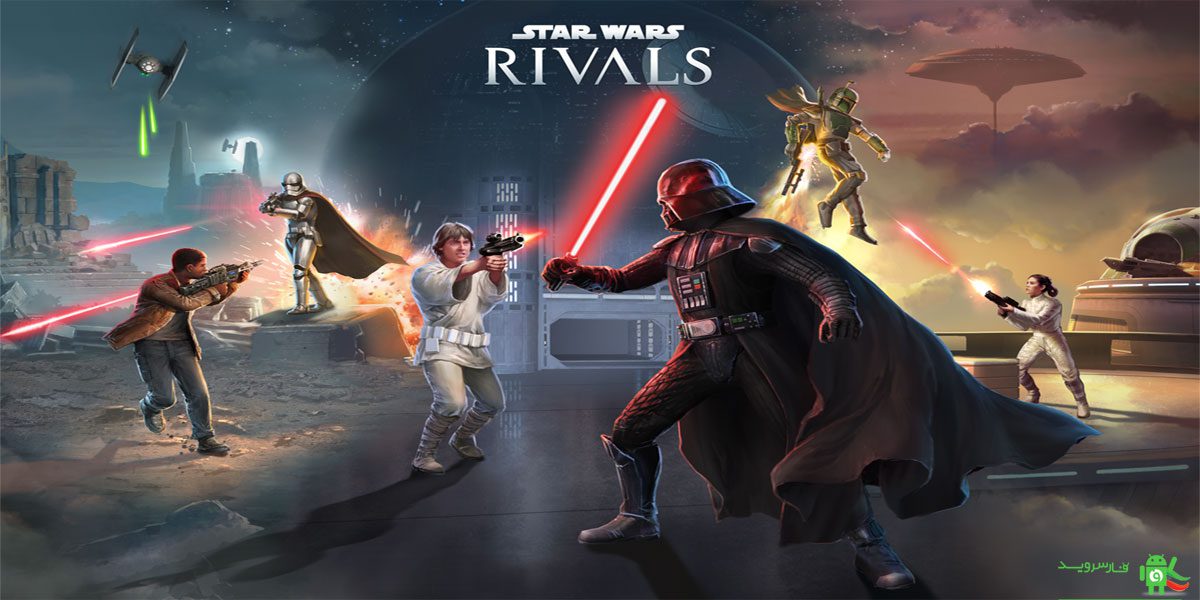 The description of Star Wars: Rivals

Fast-paced, competitive shooter set in the Star Wars™ universe!
Confront your rivals in the first real-time Star Wars competitive action shooter designed specifically for your mobile device. Choose from a cast of iconic characters that span all eras of the Star Wars universe while mastering your skills in cover-based PvP skirmishes. Build the ultimate combat team, anticipate your opponent’s strategy, and leverage your surroundings to gain the upper hand. Battles are fought both in single-player campaign scenarios and real-time PvP battles. Take aim, fire, and obliterate the competition.

FIGHT IN REAL-TIME PVP SKIRMISHES
• Battle other players cross-platform in the real-time PvP Arena. Build the ultimate roster of three unique characters and swap them in-and-out the heat of battle. Collect and deploy AI troops like Stormtroopers, Rebel Troopers, and more to help you achieve victory
• Defeat your opponents to collect points, climb the leaderboards, and win rewards to upgrade and unlock characters

PROGRESS IN CAMPAIGN MODE
• Enter the heat of combat with mission-based scenarios in Campaign Mode. Dominate enemies and take down rivals in epic boss fights across familiar environments like Takodana, Jakku, and Bespin
• Face off with iconic rivalries like Luke Skywalker and Darth Vader, Han Solo and Boba Fett, Finn and Captain Phasma, and more

COLLECT & UPGRADE LEGENDARY CHARACTERS
• Team up with characters from different eras of the Star Wars universe and films like Empire Strikes Back and the Force Awakens
• Battle as a Jedi, a scoundrel, a Wookiee, Sith, and more! Discover each character’s unique abilities and upgrade them to fit your unique play style

Before you download this experience, please consider that this app contains
• social media links to connect with others
• in-app purchases that cost real money from $4.99 to $99.99
• the option to accept push notifications to let you know when we have exciting updates like new content
• advertising for some third parties
• as well as advertising for the Walt Disney Family of Companies

We respect your wishes regarding your Privacy. You can exercise control and choice by resetting your Advertising Identifier in your device's Privacy Settings.

- No Weapon Over Heating

* Play with the original version and go to the Tutorial and then install the mode and use the mode features.

The pictures below show the game running smoothly: